I don’t like the smell of garlic, but I love what it can do! I add it to everything I can think of: Juices, butter toast, salads, beans, etc. I was just explaining to my mother the other day that Garlic Salt is not the same thing as fresh Garlic. (I have a long way to go to teach her about food and health.) We never had garlic as part of our meals when I was a kid (my dad didn’t like it). So, I am making up for it now!

Garlic should be a part of everyone’s diet. I am lucky enough to have a boyfriend who actually likes the smell of garlic, so I can eat it as much as I want! The aversion to the smell of garlic is a bit of a mystery to me. As the spectrum of bad smells go, it is just not that offensive. Perhaps the garlic lore of warding off vampires was a clue that good people liked the smell of garlic, and evil beings were repelled by it. I think that the people who eat garlic are generally healthier than those who don’t. It may be that people who eat garlic are generally smarter than those who don’t, but I can’t prove that.

Alfalfa - It's Not Just For Horses

Give the Gift of Local History 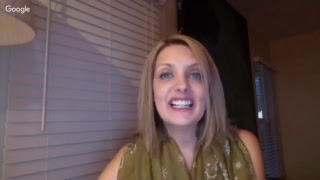